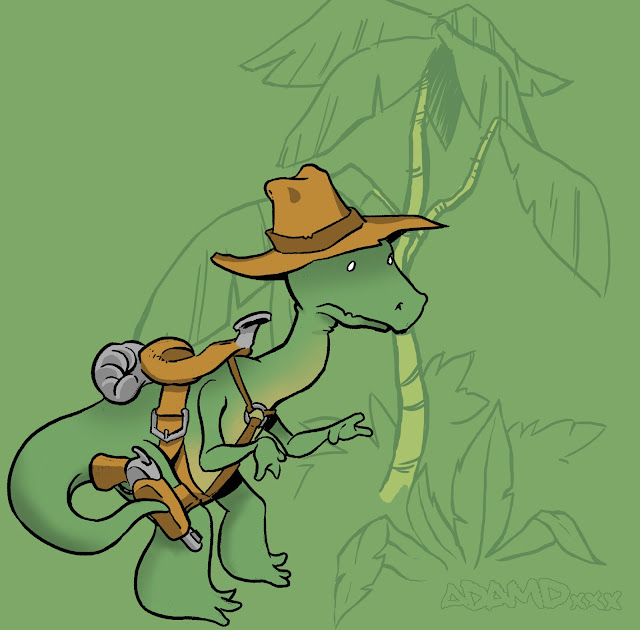 Drew this the other day, forgot about it, colored it today.
Posted by AdamD at 10:34 PM No comments:

Gnarboots (the band I'm in) made a video for our song Cats In Pajamas, with the help of our friends Andrew and Chris at French Press Films. We shot the video in an hour and a half, and I edited it on a demo version of Final Cut Pro while my son napped over Christmas break. It currently has 13,000 views on YouTube, thanks to being posted on Laughing Squid, Mashable and The Huffington Post.
If you like the video, and have a dollar, please buy the MP3. It will go toward funding further weirdness, or at least helping up buy burritos: gnarboots.bandcamp.com 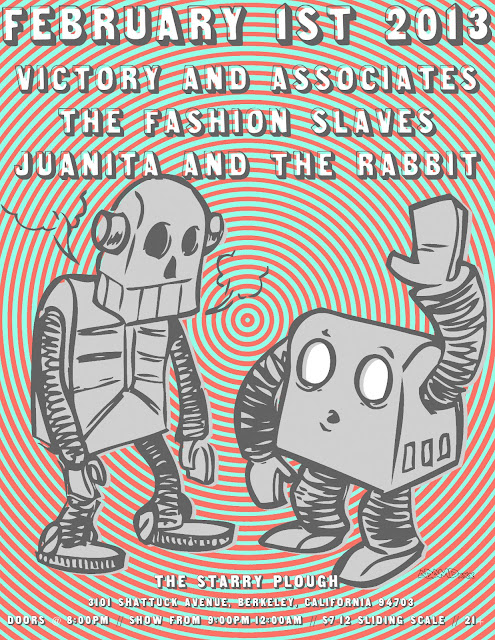 R.I.P CAPS (until your inevitable reunion show)
Posted by AdamD at 9:00 AM No comments:

My son has taken an interest in coloring lately. Also, we bought a new kitchen table from IKEA, so there was a ton of cardboard in the apartment. I thought it would be fun to make a bunch of art with him and give it away for free when I took down the Phthalo Blues art show.

Most of the art was taken during a Kepi/Kevin Seconds/Dr. Frank show. If you wound up taking home a piece of art, send me a picture! I'd love to see where these wound up. 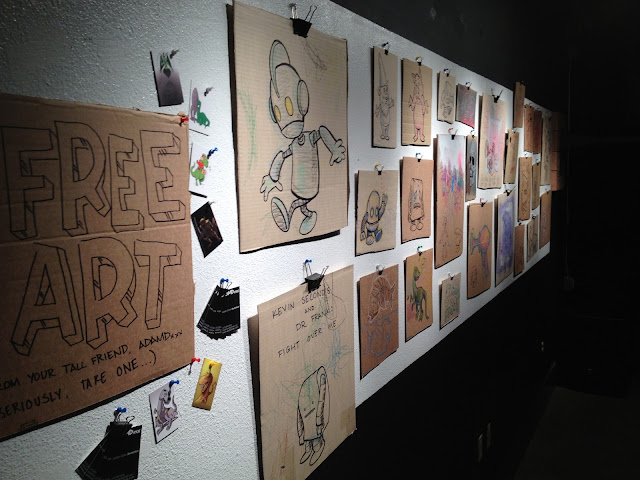 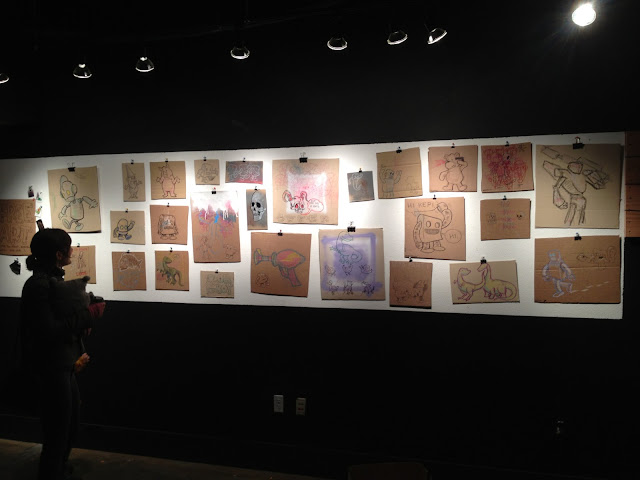 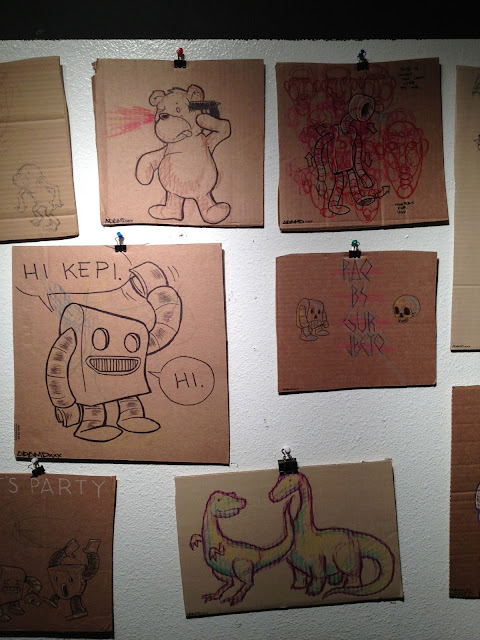 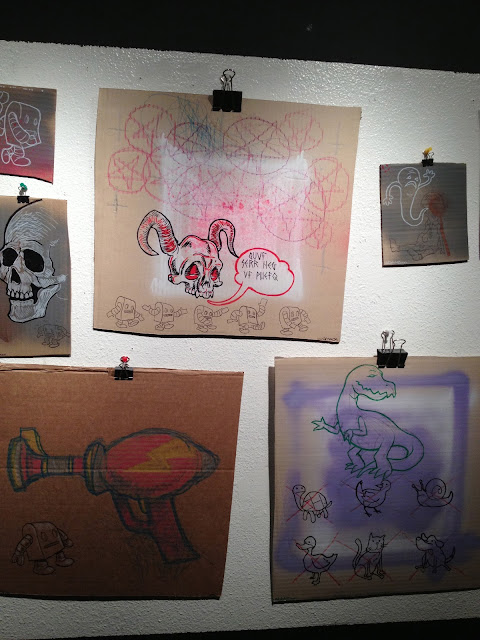 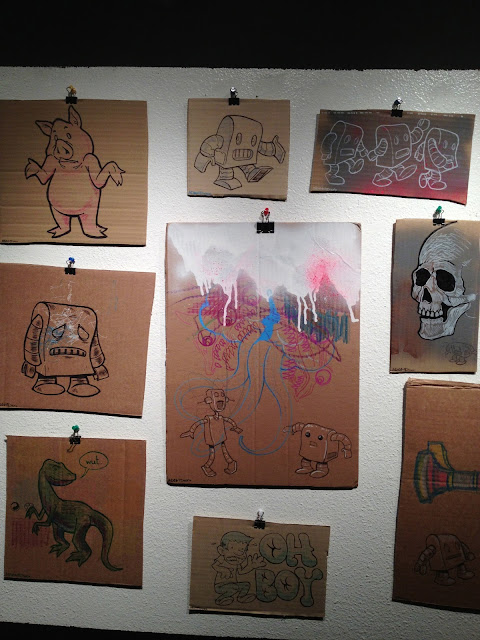 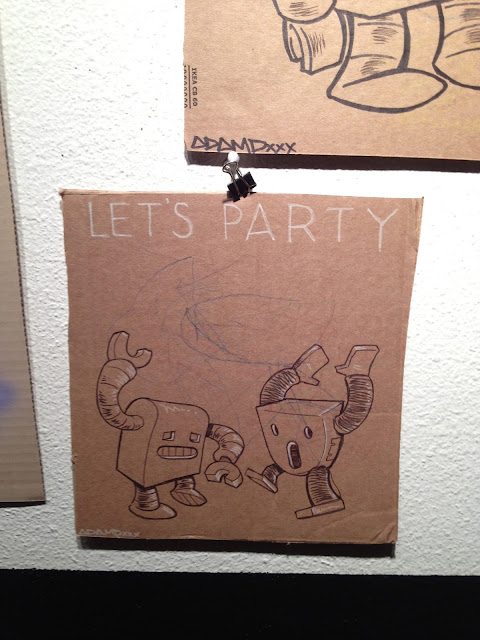 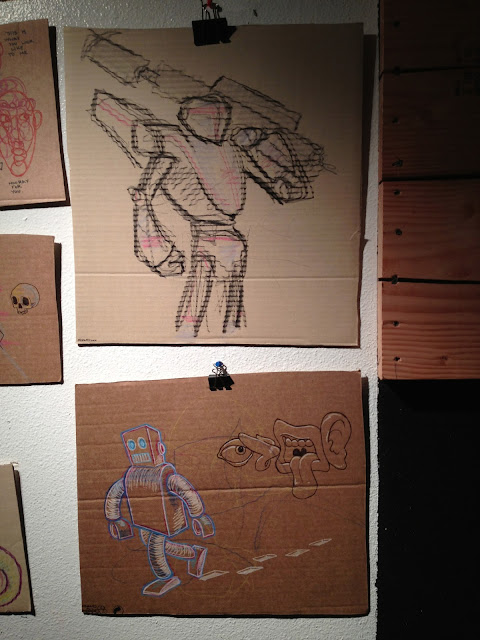 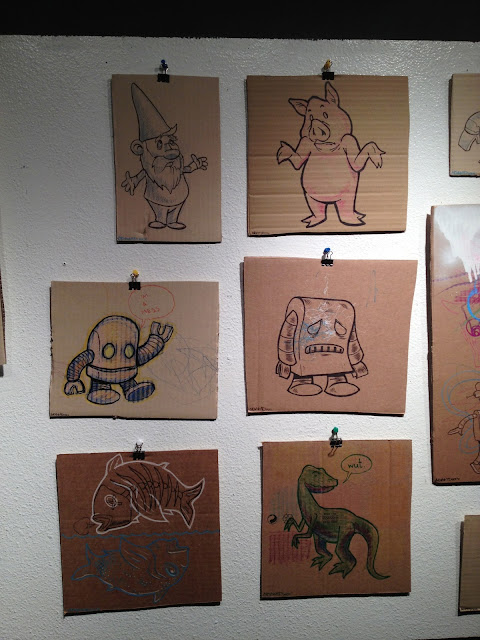 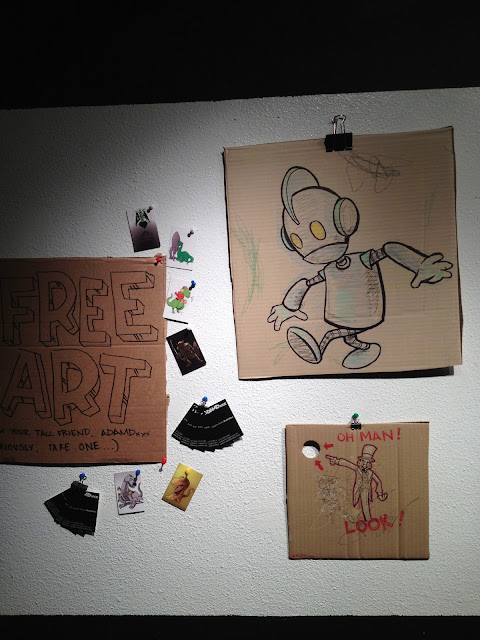 I finally got around to putting together an online store for my art. Please go give it a look and order something for the blank space on your wall. I'll be adding new stuff all the time, figuring out what works and what doesn't, and maybe selling off old band merchandise on here.