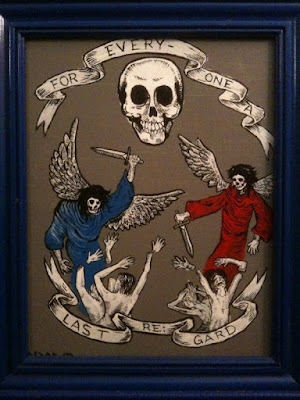 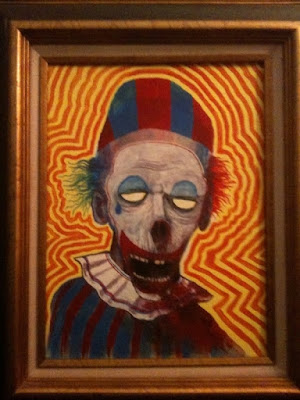 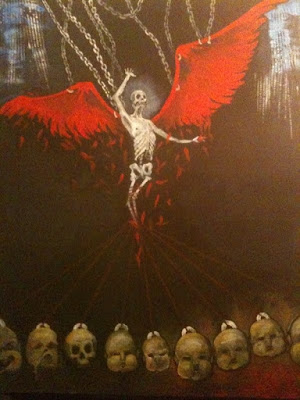 "Evil of two Lessers" - 24" x 36"
I think this was the first painting I did, and I painted it not in the warehouse but while I was living in midtown Sacramento. The weird lines of text are from a rubber stamp. I'm pretty embarrassed of this painting, but AJ actually asked me if he could have it.
So there they are! Aside from plans to do some zombie paintings soon, I don't think I'll be returning to painting Skinny Puppy-inspired paintings again anytime soon.
Posted by AdamD at 4:28 PM