In case you missed it, I build a robot costume to wear for Halloween this year. This was the third time I had built a costume like this, and this one was by far the most elaborate. As Aaron Nagel would put it, "Lot's of bells and whistles and blinky blinkys." He would also say, "Neeeerd." 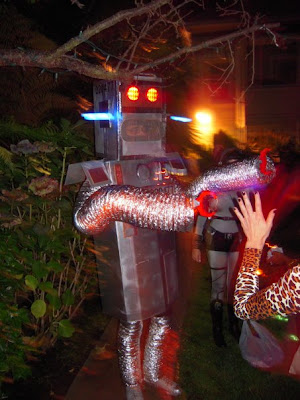 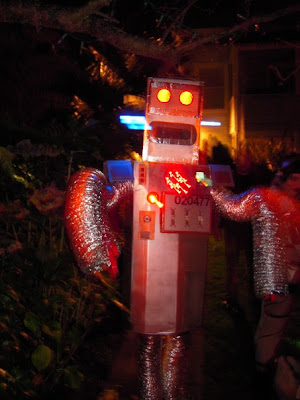 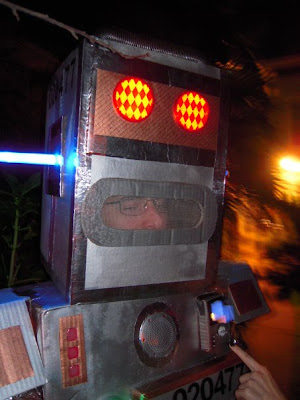 That hand is pointing at an animation I made in Adobe Flash that is a meter moving up and down, scrolling binary code and blinking green text. It's playing as a movie on my iPod. Next to that is a toy megaphone I pulled apart to use as a voice box for my robot. The mouthpiece kept falling down inside of the body, making the whole thing feed back and sound totally messed up awesome. It also lit up everytime I talked! 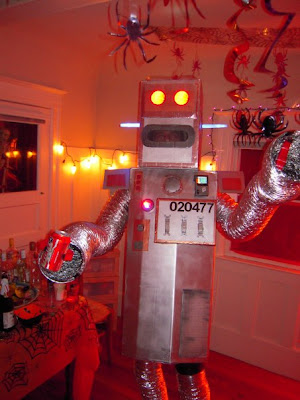 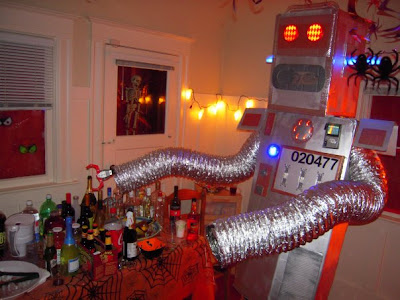 Robot wants to booze it up!! 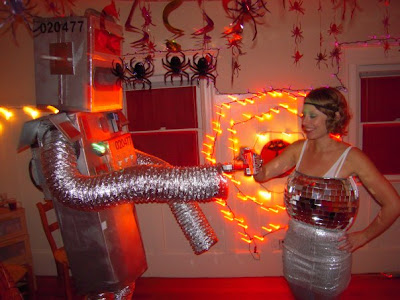 Robot wants to get you drunk!! 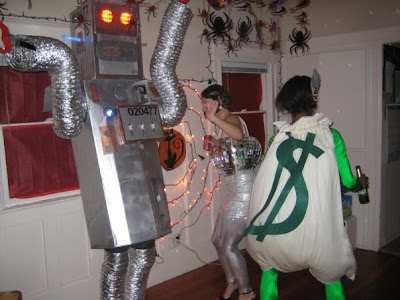 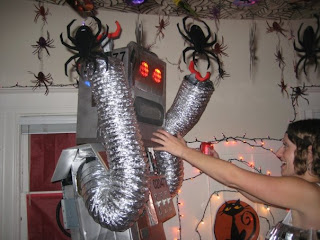 Nooo Disco-ball lady!! You are 2 drunk!! 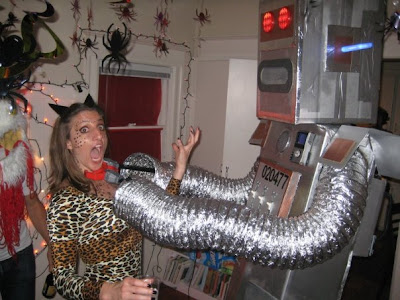 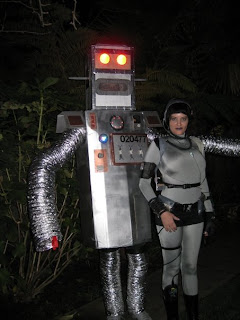 Definitely an exhausting costume to wear all night, but worth it to see everyone's reactions. Let me tell you, it's a pretty big deal to get a good reaction when this is the awesome group of people you have to keep up with: 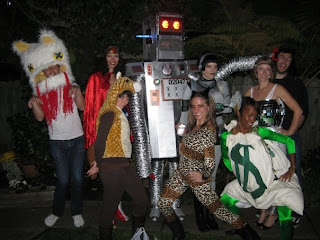