With most of the paintings out of my house and up in other people's habitats, I thought it would be fun to post up some pictures of where my paintings have landed. 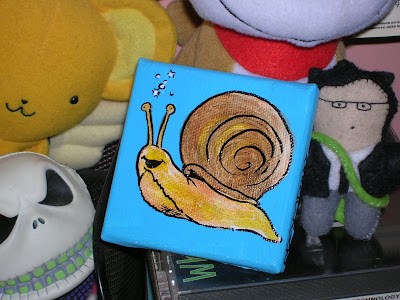 Here's the snail drawing! Stephanie Cortes was kind enough to snap a phot of it in it's new home! Looks like the lil guy is in good company (that's Hiro Nakamura on the right). 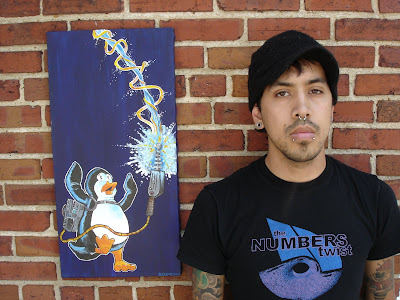 Here's Joe, looking tough with his prize from Drawing Challenge #1. Joe has a band: http://taketoday.com/ and he also has a Link 80 tattoo on his forearm! 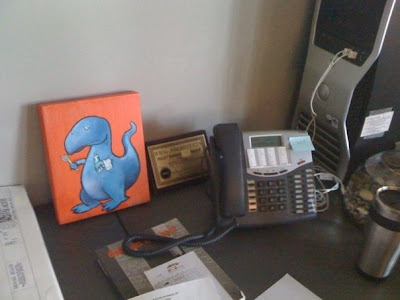 Here's Stanley on my buddy Scott's desk in Denver, CO. When Scott and I were kids, our favorite television show was Fishmasters, and we would dig in the couch cushions to find change to buy HomeRun pies (25 cents! so cheap! so bad for you!!) at Nob Hill, the grocery store that was a block from his house. Scott was the first person to buy one of my paintings, so that means he's a better friend than all of you. 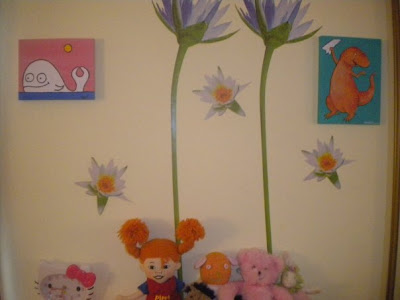 This is on the wall of little Maggie Park in San Jose, CA. The other painting is by Kepi of the Groovie Ghoulies, another punk rocker painting cute kid-appropriate paintings. 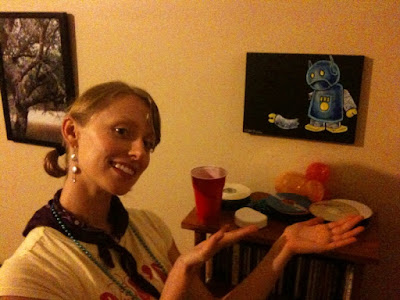 I made Heather pose for this during a theme party/housewarming party. The theme was summer camp, and their place was decked out with tiki torches, water balloons and arts & craft materials. I lost the watermelon eating contest. Basically, I have the best friends ever.
I'll post more of these as I recieve them. Want to make you're house look like this?! Hey, this could be you: 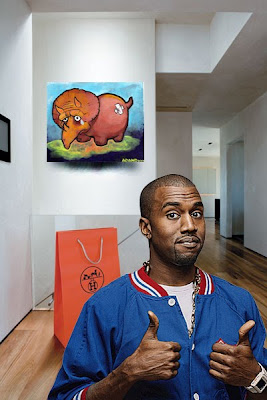